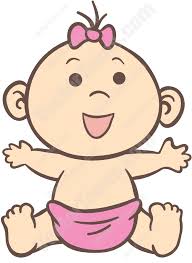 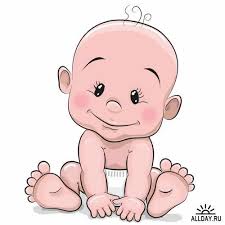 Her heart is a giant vise in her chest, pumping so hard she will not be surprised if it caves a hole through her stomach. Her mouth is dry, her breath coming in puffs that evaporate right in front of her.

Julie holds the home kit up, counting off the seconds. When the blue line appears, she begins to weep, a jagged broken sound that comes from deep inside her belly.

When she is done, she looks at herself in the mirror. There are no changes yet, but she knows there will be plenty in the coming month. She hopes she’s sick a lot. She hopes she spits disgustingly, and blows up. She wants everyone to know she’s pregnant.

At thirty-nine, nine of which she’s been married to Ubong, being with child, and naturally at that, is an amazement, a miracle, a misnomer.

Opening the bathroom door quietly, she heads for their room at the end of the hallway. Ubong is still sleeping, oblivious to the news she’s going to share, to the joy that is bubbling in her heart.

“Sleepyhead.” She yanks the blanket off his head and begins to tickle him. He bolts out of sleep laughing but trying to look stern.

“What is it now, Julie? I expect you’d grow up by the time you’re sixty.”

“Actually I get to grow up now, seeing that I will soon be a mother. And you, daddy had better get up and get ready for the day.”

He stares at her, his mouth slightly opened. Then he pulls his lips shut and smiles a broad smile, one that is almost as wide and as warm as the rising sun.

“They called?” He asks as he gets off the bed. She can see his heart beating a staccato through his thin pajamas top. “We got through?”

The disappointment is a tangible thing in his eyes, clouding them so completely they turn almost black. He’s about to reprimand her about the costliness of her joke when it hits him.

“They didn’t.” She replies softly, the tears flooding her eyes again.

They was the orphanage. For eighteen months, they’d been on the waiting list to adopt, the decision made and sealed when a gynecologist told them they would never have children of their own. Three months ago, they’d moved to the top of the list, waiting with bated breath each day, wondering if that would be the day they got to be parents.

The nursery is ready, done in different shades of brown, as they are unsure what sex of child they would get. Julie’d wanted to use purple but Ubong said it was too loud. The brown was actually very nice and Julie spent several hours each day there re-arranging things, wondering, imagining what it felt like to be a mother, how it would feel to nurture a child.

“I bought a pregnancy kit yesterday.”

Ubong blinks and swallows hard. “I asked you to see a doctor. I thought you were ill or something.”

“So did I. Then the doctor asked if I might be pregnant. Didn’t want to face the embarrassment of hearing negative again from the lab, so I bought the kit.”

“You’re…are you…” He gulps, unable to complete his question.

He wraps her in something tighter than a bear hug, his eyes leaking, his mouth unable to close. Then he pushes her away. “The baby. I don’t want to hurt it.”

She rubs a hand over her belly. For two years, she’s given up the hope of being a natural mother, of ever suckling a child. Now…

The phone rings suddenly, a shrill sound that snaps her out of introspection. Ubong reaches for the receiver, says hello and listens intently, a look of complete stupefaction on his face. When the conversation is over, he faces Julie.

“The orphanage. There’s a baby girl, two weeks old. She’s ready to go. They want us to come for her today.”

“Jesus. Jesus!” Julie does not understand, cannot process what is happening.

“Our baby girl is waiting, Julie.”

Joy, chased by laughter, finally bubbles out of her throat. Suddenly she is racing out of the room. “I’ll get the baby’s things. You get the car.”

2 thoughts on “Two times over”